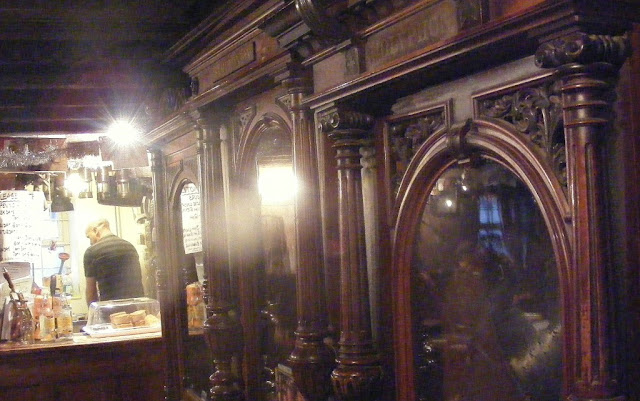 The Yew Tree Inn is almost in the middle of nowhere, standing on its own in the Staffordshire moorlands.
It's hard to work out where its trade comes from, as, even though this seventeenth-century pub is a huge attraction, it's miles from any town, and, frankly, makes no concessions to anything new-fangled (like family rooms, or hot food, or anything 'modern' like that).

So why is it an atraction? Because it's so weird. It's like an olde curiosity shop inside - with old pianolas, ancient & ill-assorted furniture, tiny snug rooms, Jacobean settles, an eccentric landlord (Alan East) and antiques on the walls (including Queen Victoria's knickers).
It regularly makes the Top Ten Oddest Pubs in England poll.

It makes the trip out to Cauldon (near Cauldon Lowe on the A52), even on a foreboding winter's day, quite special.